Over the last 30 years, Joe has served as an arbitrator in numerous cases, both as the single arbitrator and as a member of a three-member tribunal. These have included a dispute under a restaurant supply agreement, claims against an insurance company seeking reimbursement for medical services, and lawyer-client fee disputes.

Most notably, he was a member of an arbitration tribunal in an international arbitration administered by the International Centre for Dispute Resolution, the international branch of the American Arbitration Association. Together with a New York lawyer and a retired federal judge, he heard and decided a complex commercial dispute in which a licensee made 16 separate claims under state and federal law. Hearings were held in Boston over a three-week period during which 20 witnesses (including several experts) testified, and the parties submitted over 1200 exhibits and over 500 pages of briefs.

Examples of other recent cases in which Joe has served as an arbitrator include the following:

Joe is a member of the American Arbitration Association’s Commercial Litigation and Consumer Litigation panels. 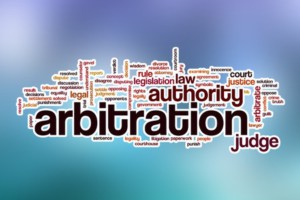 “When will mankind be convinced and agree to settle their difficulties by arbitration?”